The Free Artist?
Written on the verge of motherhood

Having engaged in 2 x 2hr long discussions with a wide range of freelance artists, I ask myself, – What made me become a freelancer?

Putting aside the glamorous assumptions of freelance life; being your own boss, having freedom and a lack of commitments – all of which are deeply questionable as actual realities. I ask myself what was it in the context of my cultural, social and political background that allowed a desire for a freelance career to propagate. Today’s freelance model is a relatively young set of conditions, immediately connected to modern society. Maybe, it is this lack of lineage and carefully managed evolution that could be the root cause of some of the problems and misunderstandings facing the latter-day freelance worker. Without a clear road map delineating our journey to this point one wonders what context would a freelancer of a few hundred years ago be viewed in? The goldsmith, cobbler and shoemaker maybe. In this case it becomes clear that the freelancer of the past would be associated with skill and work ethic rather than an ethereal attitude or desire for fluid hours.

I grew up in a small village bordering a forest in Germany, with around 5000 inhabitants. As much as I loved the nature and space, I also battled with what I perceived as the ‘dishonesty of the village’, the polite all-knowing neighbours and a willingness to conform. Food for conversation very much derived from the observation of the Other. My quest as a freelancer I guess began then, in search to break free from the oppression of ‘normal and different’, seeking voices of critical observation, non-conformity, the individual in balance, not beneath the institution.

To me, the freelance status always was a sacred status, something that you can’t just claim but had to earn to be, through independence, courage, strength, rigorousness, self- determination, and consistent hard work. Because of its financial fragility as a survival model, consistency seemed a crucial part in it. Interestingly I feel societal values projected onto the freelancer are the opposite of these. Funding criteria often discourages the radical voice. The voice that crucially the independent arts can be, yet without adequate financial support is literally dried out before sprouting.

Having worked as a freelancer for the past 17 years, I have built a wealth of experience, become well-equipped in multi-tasking roles of the manager, director, dancer, choreographer, accountant and so on. I have no regrets and also recognise the absurdity of it. I long for a supportive community within the framework of freelancers as well as within the framework of the broader art world and society at large. I long to be a more welcomed and integrated part of larger institutions and funding apparatus, who recognise the contribution and essential work freelancers make to the arts and wellbeing of society. An understanding of what it is that I do. And a clarification of what I don’t do, privileges I don’t have such as holiday pay, easy access to pension schemes and less working hours than everyone else. As a dance artist, I encounter the hierarchy within the art forms, with dance noticeably at the bottom of it. I never worked out why.

Now at the verge of motherhood, due to give birth in 4 days, I pose myself another question. What will freelance life look like with a baby? The assumption of the little working worker weighs even heavier in the light of a baby attached. Being lots of things while remaining coherent as an artist will be I am sure the next challenge. I intend to confidently bring my child into rehearsal rooms, planning meetings, project discussions etc, in the hope that this will be met with open and supportive arms.

As the role of the mother as freelancer and worker perennially and visibly takes her place in the social conscience I have hope. As more of us unite to discuss the exact conditions needed for the healthiest and richest creative harvest to thrive there is hope for the role of the freelancer. As the pollination of the freelance worker within NPO’s, galleries, theatres, museums and more unconventional venues is nurtured, there will be cultural, social and political blooming within our society. 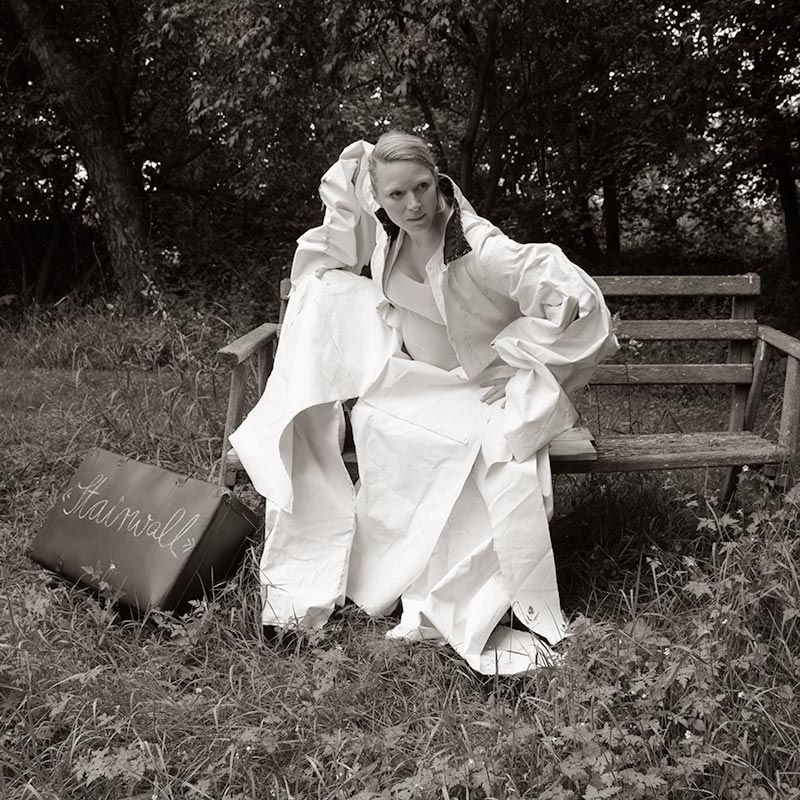 Esther Huss graduated from London Studio Centre in 2003 with a BA (Hons) Degree in Theatre Dance. Since then she has worked as a freelance dancer, teacher and choreographer in both the professional and community dance sector. Esther’s professional appearances include several productions at the Royal Opera House London, and works with Kate Flatt, Aletta Collins, Jacky Lansley, Michael Keagan-Dolan, Bernadette Iglich amongst others. Esther is Co-Founder of the inclusive dance company Dandelion Collective. As artistic director she has presented three full scale productions at the New Diorama Theatre London, and independently presented work at Tate Britain and the Southbank Centre.

Esther is an Associate Artist of the ‘Dance Research Studio – DRS’ founded by Jacky Lansley.  In 2019, Esther moved to Northumberland, North East UK, where she made her first appearance by leading a European project ‘Bridges – Dance for Europe’ involving over 100 Europeans across 10 countries. Her current interest lies in bringing together dance and the Visual Arts, and making these accessible to rural communities across Northumberland.