In response to an invitation by Jacky Lansley and the Dance Research Studio to consider the provocation, “The Free Artist?” I reflect on this statement and my personal experience of being a Freelancer.

What are the rewards of being a free-lancer and in what ways are we free?

As an Actor, I have always been “freelance” – this is determined by our place in the tax system: Self-Employed / Schedule D so I was never “Freelance” as a choice, it came with the territory of being an Actor.  Still, so far, so ‘free’.

The Free-Lancer as FREE – the rewards.  The portfolio career which typifies a performer’s working life brings with it a rich variety of work and in 27 years of freelancing I have moved through at least 9 distinct sectors in my industry alone: Musical Theatre / Theatre-in-Education / West End and Commercial theatre / Community theatre / Pantomime / Rural touring / Site-specific and non-theatre settings / Dance-Theatre and finally, Devised theatre.  Certainly this widens your freedom of expression and the actor’s ‘tool-kit’ as you ‘free-range’ from one medium to another.  Interestingly it was less freestyle was once you were in the rehearsal room as the code of conduct in each sector is wildly different, some want you to be vocal and productive (devising), creative and collaborative (site-specific), a quick study and easy to direct (commercial theatre), rigorous (dance-theatre) and just “quicker, faster, funnier” (panto).. So! An invigorating if choppy learning curve was had.

Alongside, I have had to support myself with a range of “side hustles” as the inevitable gaps in employment appeared and this brought me experience in 5 further sectors: Retail / Hospitality / Publishing Sales / Offices: busy switchboards and Higher education: invigilating

Juggling!Keep all on trackBall dropping..

Back to that treadmill – it is probably the most persistent pattern in my employment history that I could not and cannot afford to dismount for long.  Although I had some modest savings behind me their job was to remain untouched for that ‘rainy day’ and so my momentum was constant.  It’s only in the last 10 years that I’ve dared to go into them and started to nurture myself and in a way ‘pay myself’ for time out between contracts.  I awarded myself my own “intermittent du spectacle” status since the pace of my 20s and 30s I was just not prepared to sustain in my 40s. Perhaps some overdue life/work-balance and reflection kicked in and perhaps, I may have another 27 years in this industry to offer and to manage physically, mentally and financially.

But right now that focus is very fuzzy.

Early on, in the Pandemic, I needed to find a framework that would help my fractious brain process the impact of Covid 19 on life, on theatre and the working future.  My coping-mechanism was to see this period in fixed terms and in my head I plucked out 2 years (…) during which time we as an industry and as artists would respond and make work in innovative ways and I wondered what we would produce in what I was nicknaming the “Pandemic Performance Movement”..

* A “Movement” is familiar in Art, is has a common goal, a positive action.

.. and importantly for me, when the wheels were appearing to have ground to a halt, that a movement invoked a cranking up action and the turn of a wheel, a revolution action forwards.

I love structure and I appreciate it because even when I am devising which makes a virtue of the un–known we are making new work and using improvisation as process to create material and script.  We follow a practice, a rigor, a discipline which allows you to bounce off, push back and even distort the frame-hold so we can create fully, freely and to an end–product.  No structure and I feel like I’m free-falling, am indistinct and therefore unable to produce purposefully or with flair.

Politically what does it mean to be a freelancer within a capitalist free market?

One side hustle I mentioned previously was the publishing sales sector. I promoted an information and editorial news service serving the Steel Industry, I managed to work with them on and off for 6 years in between my theatre contracts as the business grew. It started as a small entrepreneurial business with 3 people and expanded year on year until 10 years later it was a global business employing hundreds of people with offices in London, Shanghai, San Paulo, Istanbul and Pittsburgh. They then sold the business to the biggest competitor in the market (as was their plan) and made millions.  Why do I tell you this capitalist folk tale? Because that company made every staff member a share-holder, to protect them in the sale of the company and in order to extend a share of the profits of sale.  This was creative move on the part of the MD and a beneficent one.  I received £5,700.

It’s an awkward observation to make, but I must confess and concede that this particular capitalist framework looked after me, it’s very unusual to have this share option arrangement re-created in our industry but it can and has happened.  On 2 shows I was an original cast member in that were devised by the company, an authors group was established and when a show was re-mounted, I received a points-based cut from the royalty pool.  Politically, I am bemused.  If capitalism aligns more with Conservatism am I a Conservative artist…..?

I conclude with an opinion given by my partner, a French-Algerian actor, the son of an artist and writer, who came across to the UK 30 years ago to train in London as an English speaking actor ~

In a modern capitalist world, to be a freelancer is to personally contribute with one’s own talents to the ongoing evolution of that world in all arenas.

As there are no two artists who could make the same offering due to their unique inner qualities and idiosyncrasies, the only logical and by far the most beneficial way for a modern capitalist world to consume, display and promote its artistry is to nurture artists who represent themselves.

An artist who feels contrived to stifle his or her freedom of artistic expression for political, sociological or even economical reasons is a tiger in a cage. Waiting for that moment when they can bounce out of it.

A freelance artist to perform may need direction but certainly not a limitation of their expression.

Having established that who you are as an artist stems out of your unique self, it goes without saying that, the greatest reward of being a freelancer artist is the immeasurable satisfaction and sense of achievement that, who you are, truly contributes to the well–being of the world you live in. 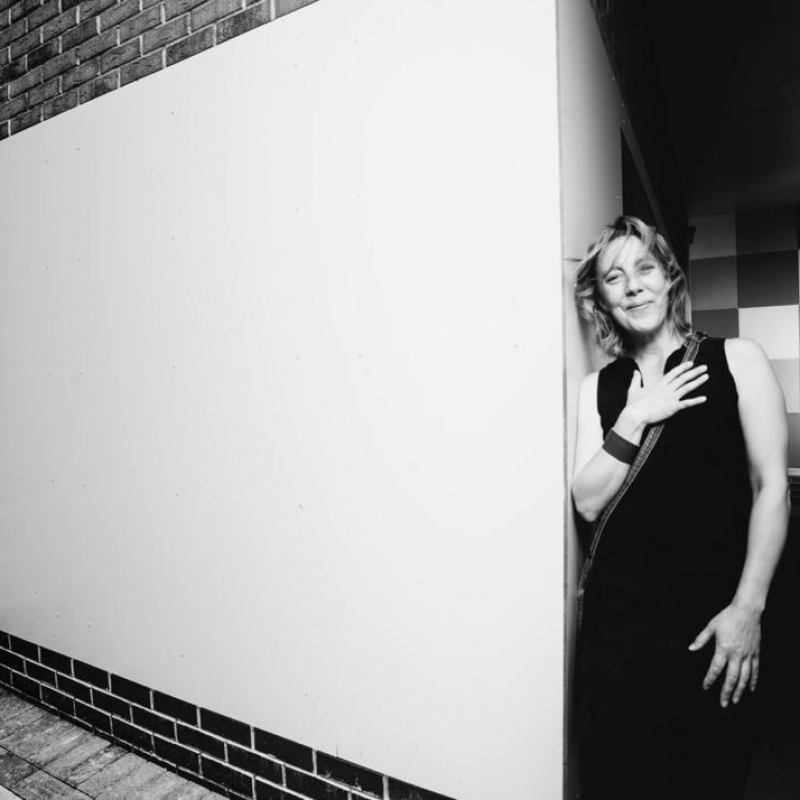 Lucy Tuck trained as a “Triple Threat” and graduated 25 years ago. As an all-rounder her career has been varied but majored in acting. Early productions were “Guys & Dolls”, “Blues In The Night” and “Wizard Of Oz” before moving to London for a contract in the West End on “Hurly Burly”, covering all 3 female roles. Her eclectic CV expanded to a Leonard Bernstein Opera as “Jazz Singer” at Southwark Playhouse and onto the RSC for The Lion, The Witch And The Wardrobe at Stratford and Sadler’s Wells. In 2002 Lucy met Jacky Lansley and an ongoing working relationship was established doing 3 works and thereafter through the SDIPT programme.  A change of direction around this time as she joined Foursight Theatre for a programme of work and her first foray into the devised sector. Memorable socialist piece “Thatcher! The Musical” saw her in the role of “Twin-Set Maggie”.

Relocation to Bristol and a strong relationship with Tobacco Factory Theatres and the Bristol Old Vic is established with 5 Christmas shows and 3 shows respectively to date including a world tour. Lucy was mid contract on production “Oi Frog” – nominated for an Olivier award, before the pandemic struck.